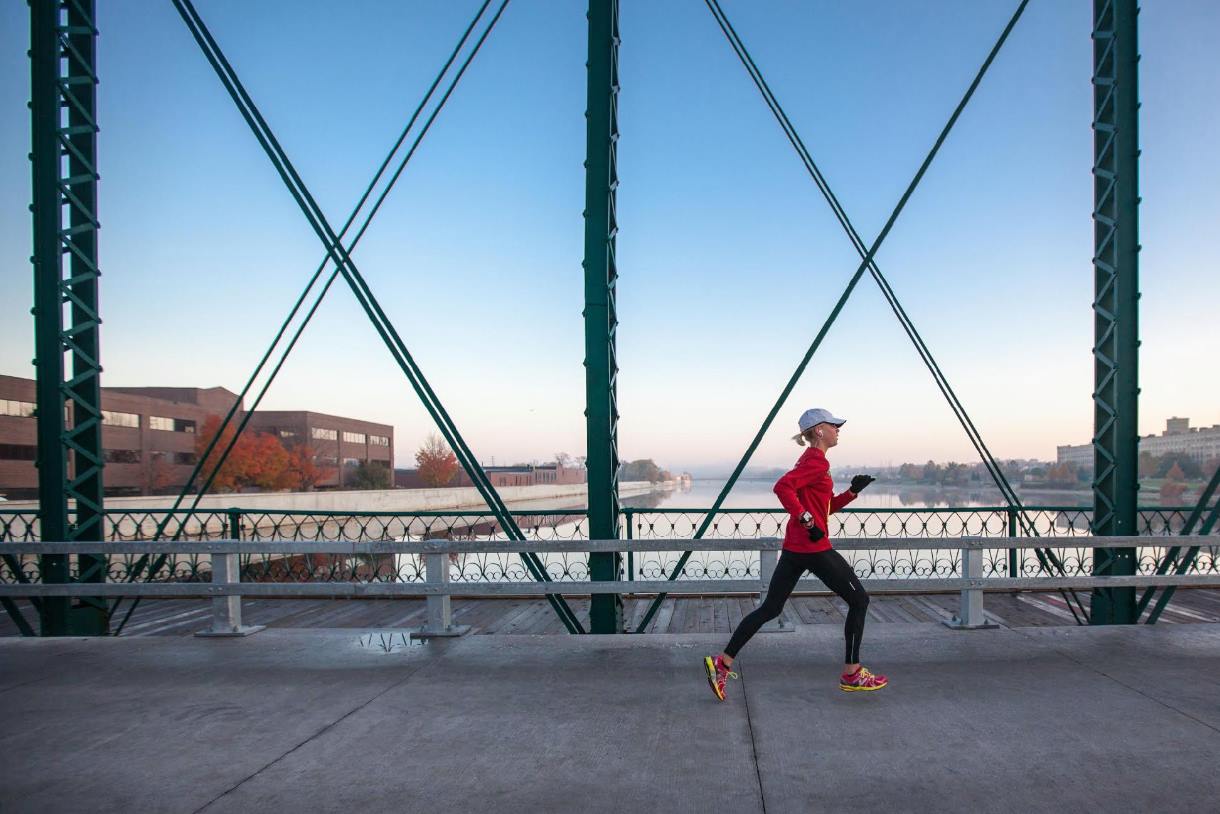 29 Jan Exercise Efficiency: Effort is Everything

So, if we look at the graph below, let’s imagine that Runner A and Runner B are the same person (this is for the purpose of assuming that all else is equal between A and B). Which runner, A or B, do you think is more efficient just by looking at the graph? Go ahead, take a minute to think about it. Write it down, tell your dog, heck text me and let me know what you think before I give you the answer below the graph. Got your answer? 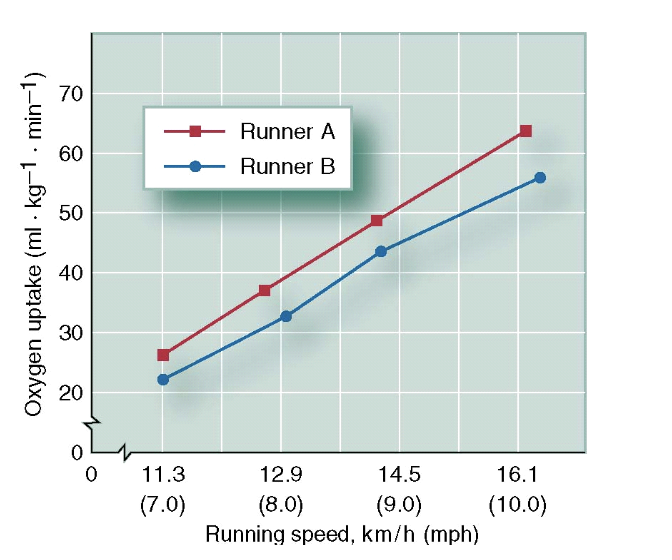 If anyone is a fan of the TV show ‘Friends’, you might remember the episode where Rachel and Phoebe go for a run. Every time I talk about efficiency, I always think about this Friends episode. Phoebe’s arms are flailing all over the place while Rachel is staying nice and compact. Rachel is clearly more efficient because she isn’t wasting energy producing movement that isn’t driving her forward. Granted, Phoebe is having a lot more fun, but I digress

Now we’re not going to run around with an oxygen-measuring mask on our faces during our training so what’s another way we can measure efficiency? An alternative method is to use a heart rate (HR) monitor. This doesn’t give us a true measure of efficiency because we aren’t directly measuring the amount of work being done. But HR and oxygen have a linear relationship so as the intensity of the work increases, so does our oxygen consumption (VO2), and so does HR. It does this because the body needs more oxygen to give the muscles more energy for the harder work they are doing. So how do we get more oxygen to the muscles? Increasing HR! Just like with our previous example using oxygen, the runner with the lower HR (Runner B) for a given speed is more efficient because their HR is lower while doing the same amount of work. 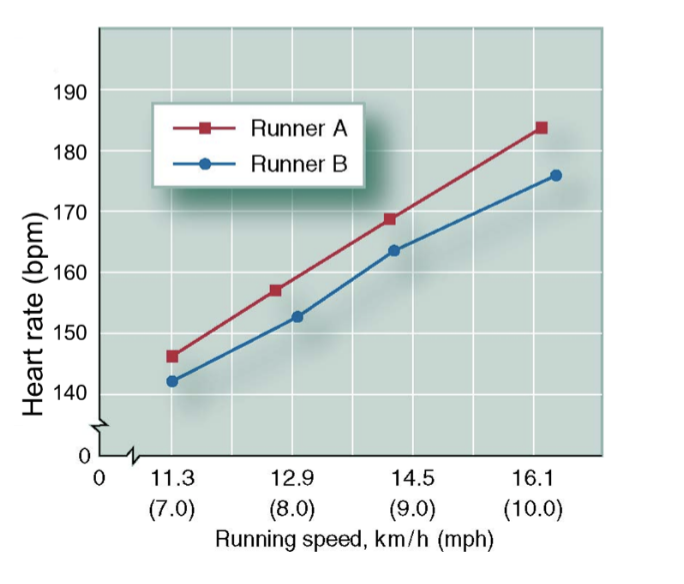 One thing this doesn’t account for is the actual energy cost of running, or how many calories it takes to swim/bike/run a given distance. The fewer calories required to do this, the more efficient you are. And because we only have so many calories stored in our body (specifically from carbohydrates), we want to use as few of those calories as possible. So how can we measure this? A lot of watches have a feature that estimate calories burned. Some are more accurate than others, and the information you input into the watch (including gender, height, weight, and fitness level) all influence that estimation. If you wear a HR monitor while exercising, it then combines HR data with the variables on the watch to estimate calories burned. This is typically 90-93% accurate but you must be wearing a chest strap HR monitor. Otherwise, the accuracy drops to 65-80% which can be a big difference. Especially if you’re concerned with weight loss goals. If your watch says you burned 1,000 calories, that could be anywhere from 650-1,350 calories. That’s a big range if you’re trying to be accurate with your calorie intake throughout the day.

To get the most accurate assessment of your efficiency, you can measure it just like you would with VO2max. You can either run on the treadmill or ride your bike on an indoor trainer while wearing a mask to collect the oxygen you’re breathing. But unlike the VO2max test, determining your metabolic efficiency point (MEP) is longer and less strenuous. In total, the MEP test will last 30-45 minutes and none of it will be extremely difficult like the VO2max test. The MEP test is designed this way to elicit a steady-state condition during each exercise stage. The purpose is to have you exercise at a variety of speeds/paces so we can get an accurate measurement of how much fat and carbohydrate you use at each intensity. This makes the MEP test particularly useful for athletes competing in long endurance events like IRONMAN triathlon where nutrition becomes vitally important during the race. Not knowing your caloric needs from fat and carbohydrates during the race can cause you to “bonk” or “hit the wall” if you are under fueled.

Speaking of fat and carbohydrates…a lot of people think they should become fat adapted through their diet to become more efficient. It makes sense, right? Fat is an endless fuel source our bodies have and if we can eat a low carb, high fat diet to teach our body to burn more fat, we should be more efficient. Unfortunately, it doesn’t actually work that way. Several scientific studies have been done on this topic and here are a couple of findings.

As we can see, even though fat utilization increases, running economy (and therefore performance) does not. So how do we improve our efficiency if not through our diet? Well, you’ll just have to come see me at the Mary Free Bed Sports Rehabilitation Performance Lab to find that out 😉

Oh! I almost forgot. There’s been a lot of talk about the new “super shoes” like the Nike Vaporfly and Alphafly. These shoes are reported to improve your efficiency by 4%. Instead of diving down that rabbit hole, here’s a video that friend and fellow triathlete, Eric Abbott, created back in February detailing how the shoes actually help you improve your efficiency!