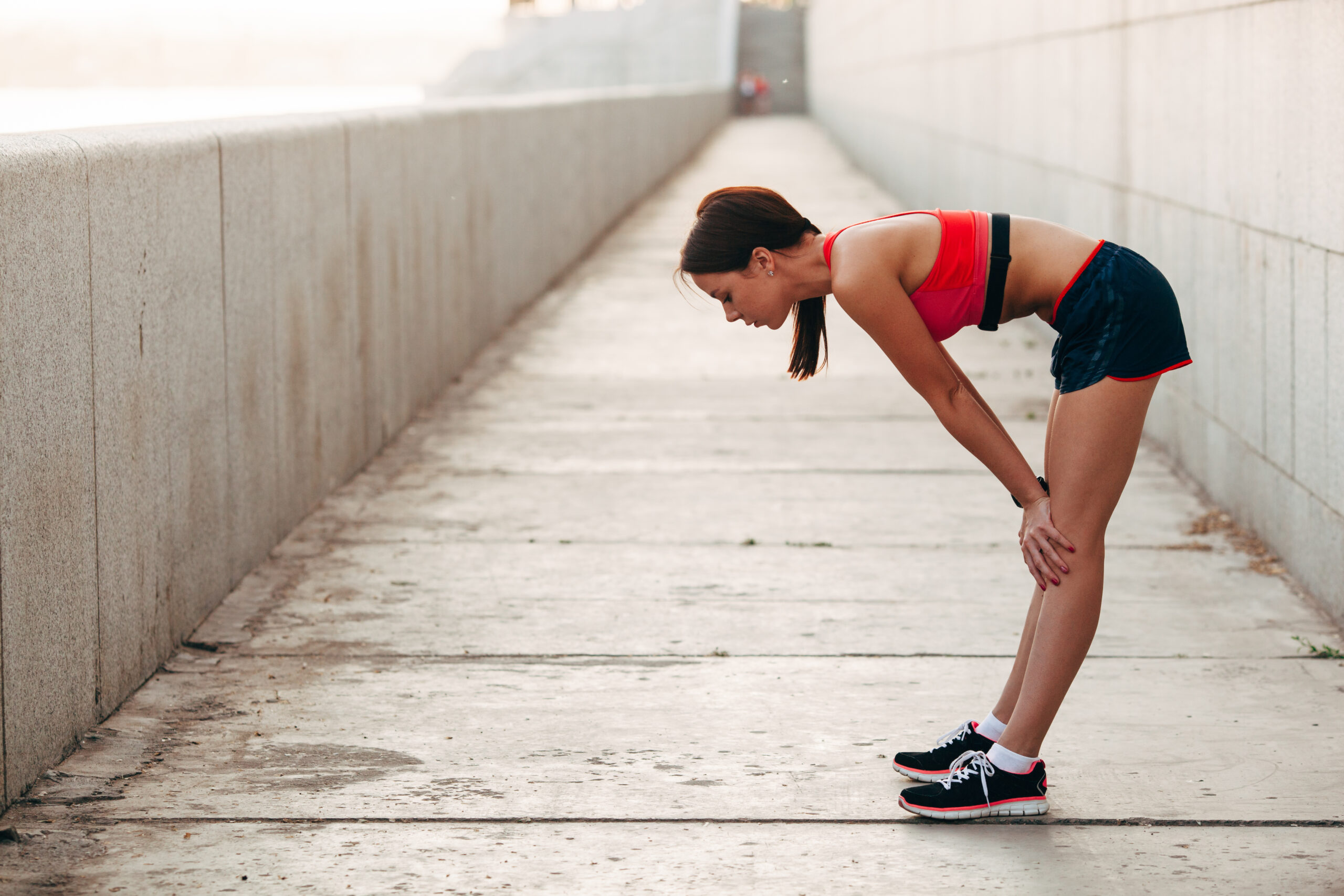 16 Aug Breathing: Don’t overthink it. You were literally born to do it.

Posted at 13:56h in BLOG, Sport, Wellness by stellafly
1 Like

Breathing is literally something that we do in our sleep. You don’t have to think about it. It just happens. The hypothalamus in your brain controls when you breathe. It’s the same with your heart rate or regulating your temperature. You don’t think to yourself, “Oh, I should increase my body temperature!” or “Oh, I should increase my heart rate!”, so why would you do that with your breathing?

During exercise, when people say, “Breathe in through the nose and out through the mouth.” or “Breathe in every two steps and out every three steps.”, I just shake my head. Your body is so good at understanding how much oxygen you need that it will naturally fall into a rhythm that is right for you and the exercise that you’re doing so you don’t have to think about it. So, if it feels comfortable for you to breathe through your nose, breathe through your nose. If it feels comfortable for you to breathe through your mouth, then breathe through your mouth. But thinking about how you breathe is not only mentally draining, but it’s also physically draining. Instead of focusing on the task at hand, whether that’s running or cycling or something else, your attention is being diverted to how and how much you are breathing.

When exercising, the lungs breathe air into the body. From there, the oxygen in the air must diffuse from the lungs into the blood, get sent to the heart to be pumped to the body, transported to the working muscles, diffuse into the muscles, and enter the mitochondria housed within the muscles to be converted into ATP (energy). Getting the air (oxygen) into the body is the easy part! There are several other steps that determine if the oxygen we breathe in actually gets used. So, when someone says the reason they didn’t perform well or couldn’t keep going was that they couldn’t “catch their breath”, that likely isn’t the case. The more probable reason is that they couldn’t transform the oxygen they were breathing into energy because they either 1. Couldn’t transport it to the muscles or 2. Don’t have the mitochondrial capacity to handle the oxygen (but the inability to catch one’s breath is a lot easier for people to say and understand!) *One caveat to this is individuals with an obstructive or restrictive lung disorder, like asthma or muscular dystrophy. In these cases, individuals truly can’t get enough air into their lungs because of the narrow airway (obstructive) or inability to fill the lungs fully (restrictive)*

In general, when at rest, you will breathe through your nose. One of the main functions of the nose is that it filters the air you breathe in which clears out dust and other allergens that would otherwise go to your lungs (that’s why we have nose hairs!) However, the nose can’t move the same volume of air as the mouth during maximal exercise and we experience much more resistance when breathing through the nose than the mouth. In fact, one study looked at the difference between oxygen consumption (among other variables) during exercise while breathing through the nose only and through the mouth only. They found that oxygen consumption was 8-10% lower during nasal breathing compared to mouth breathing at 50%, 65%, and 80% of VO2max (link to the article here). Inevitably, you will probably end up breathing through your mouth AND your nose when exercising at high intensities because you’re just trying to get as much air in as possible, no matter the pathway.

That being said, if you’re performing intervals on the track, for example, is it better for recovery to breathe through your nose or your mouth? That is a bit of a complicated question. Breathing through your nose can lower your heart rate more quickly. This is because it forces you to exhale more slowly which causes compression of the vagus nerve and that activates the parasympathetic nervous system (rest and digest) as opposed to the sympathetic nervous system (fight or flight). However, just because your heart rate is lower doesn’t mean it’s better. Remember, breathing through your mouth allows you to get more oxygen in and more carbon dioxide out. And when you’re resting between intervals, you want to get rid of as much carbon dioxide as possible. Think of it like this, when you’re swimming and holding your breath for a long time, your lungs feel like they are going to pop, and you get the strong urge to breathe. That’s because of the buildup of carbon dioxide, NOT the lack of oxygen. These so-called “hypoxic” (low oxygen) sets are actually hypercapnic (high carbon dioxide). So, in between your intervals, there is a fine line between lower your heart rate and clearing as much carbon dioxide as possible. Again, do what feels natural whether that’s breathing through your nose or your mouth. You can even experiment on yourself and try both to see which works better for you.

Now this is all regarding endurance exercise. But what about strength training? To best describe this, I’m going to have you imagine a bench press. You’re lying flat on your back with your arms extended holding the bar above your chest. As you lower the bar to your chest, this is known as the “eccentric” phase. When you push the bar up from your chest back to the starting position with your arms extended, this is known as the “concentric” phase. Most movements have an eccentric and concentric phase (those that don’t are called “isometric” contractions like a wall sit, but that’s a discussion for another time!) For a squat, the “eccentric” phase would be as you are bending your knees and getting closer to the ground while the “concentric” phase is when you stand up and return to the starting position.

When breathing during strength training, you should breathe in during the eccentric phase and out during the concentric phase. Exhaling during the concentric phase will tighten your core and create more stabilization and power. Whether you breathe through your nose or your mouth during either of these phases doesn’t matter. Strength training does not require the same amount of oxygen as endurance training, so breathing through the mouth isn’t as imperative. It is important to breathe, though. Holding your breath during a lift is called the Valsalva maneuver. This is when you attempt to forcefully exhale against a closed airway. Doing so increases the intra-abdominal pressure which can help you lift more weight but in turn, increases your blood pressure. The potential risks of the Valsalva maneuver include lightheadedness or even fainting, so it should be used sparingly and with caution.

Another aspect of breathing that I want to touch on is something that was ingrained in me when I was a high school athlete. One of my coaches would always tell us not to put our hands on our knees when we got tired because it was a sign of weakness. Instead, we should put our hands above our heads and stay upright. Well, I’m sorry coach, but putting your hands on your knees actually does have some benefits. First, it allows your heart rate to decrease more quickly because the heart doesn’t have to work as hard to pump blood through the body. Second, being in a hunched position allows you to more fully exhale the air in your lungs which gets rid of more carbon dioxide thus, allowing you to recover more quickly.

The last thing I want to mention is that the amount of air you breathe in is VERY rarely a limiting factor in your performance (like I mentioned previously, only with obstructive or restrictive diseases would it be a major limiting factor). The reason for this is the lungs have a huge reserve and we don’t end up using some of the air that we breathe into the body (in fact, this is how we measure your VO2max in the lab is measuring the difference between the oxygen you inhale and the oxygen you exhale). However, the work it takes to get the air in could be a limiting factor. Just like if you have poor running form, if your breathing kinematics (form) are bad, you could be diverting oxygen away from the working muscles (i.e., the arms and legs) and toward the breathing muscles. So, if you’ve checked all the boxes like getting 8 hours of sleep each night, eating right, optimizing your training plan, and you are still looking for some improvement, training your breathing muscles might help improve your performance that last 1%. But until you’ve optimized every other aspect of your training, it’s not worth it.

Again, you probably do all of this already, just subconsciously. Don’t overthink your breathing. You were literally born to do it. If I mentioned something that you do differently, feel free to reach out and ask if it’s something you need to change. Chances are, you don’t. But if you’ve had trouble with your breathing during exercise, a pulmonary function test may be in order to rule in or out a lung problem for you. Test. Don’t guess.